Back to all posts
Home
/
Paintball
/
US Army Alpha Black Elite:The Paintball Marker That Combines Real With Fun 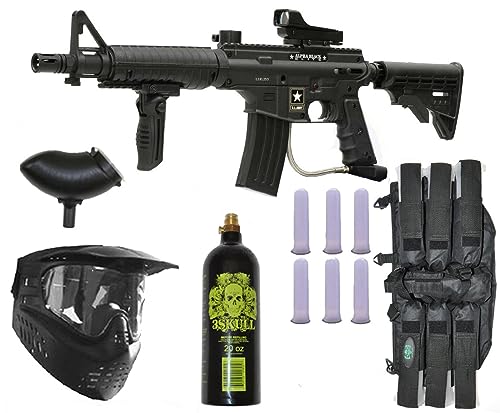 There are surely a lot of other hardcore paintball marker guns in the market. However, if you are looking for an affordable option that still provides you everything that you need: realistic looks, durability, and customizability, then the Tippmann US Army Alpha Black Elite is the paintball marker for you.

The product comes in a complete package. It has a really nice firing rate, and it is a good paintball gun to use if you value accuracy.

There are almost no cons to this product, but if you must really take everything into account, a drawback is that you still need to add some accessories to it if you really want to maximize all of this gun’s features.

Are you looking for a paintball marker that looks realistic? We understand that most players prioritize the look of the paintball gun that they own, and that’s okay because let’s be honest, holding a realistic looking gun really adds to the thrill and the fun, right?
Read 70+ Customer ReviewsCheck price at Amazon.com
This is also probably why the Tippmann US Army Alpha Black Elite Paintball Marker Gun is so in demand. We are going to get into the specifics a little more later on, but just to give you a brief overview right now, this gun is rated as one of the most realistically looking paintball guns around.
Moving on to the performance, this paintball marker gun has received its own share of positive reviews as well on that area. So, what are we waiting for? Let’s talk about it a little bit more.

First, allow us to provide you some details of what is included in the package, as you will be able to see on Amazon. Aside from the paintball marker gun, you’ll also get a CO2 tank that will be shipped empty, a folding foregrip, clear pods, the famous red dot sight, and finally a mask with an anti-fog lens.
To take a closer look into the product, you may watch this unboxing video on Youtube:

The Different Advantages of This Product

There are numerous advantages in buying this product. Compared to the price of other paintball marker guns that you are going to see in the market, the Tippmann US Army Alpha Black Elite really gives a lot of value for money.

It is also known for its reliability and durability. Being all-aluminum, this paintball marker gun can really endure some decent beating and it will last you hundreds of games before it shows signs of wearing down.
It also has an M16 carrying handle that will allow you to carry around your gun easily.

This paintball marker gun is obviously patterned after an M16 assault rifle. It has all the features and fixings of its real M16 counterpart which includes the gun’s front sights, barrel distinguished by its lower rails, and a removable magazine.
Even the feel is similar. With its all aluminum body, the weight of the Tippmann US Army Alpha Black Elite is really close to the heavy weight of the actual gun.

The stock is also adjustable, so you can modify this gun as well to suit your liking. In fact, it is known to be very customizable with a lot of upgrade options. One of our suggestions would be to remove the plug that is next to the trigger frame, and install a special feed system.

Features Of The Product

One of the things that we appreciate the most in purchasing the Tippmann US Army Alpha Black Elite is that it comes in a complete package. Sure, you can purchase a lot of add-ons to complement and add to its look but you can already play and go with the package that it comes with.

The Tippmann US Army Alpha Black Elite really packs in a high firing rate. You can also fire a lot with this baby at more than a thousand shots before it runs out, with using just a standard tank. But of course, as we have mentioned above, installing a new feed system like the Tippmann Cyclone Feed System, will definitely improve its performance even more.

What Type Of Player Should Use This Paintball Marker Gun?

A beginner would enjoy owning a gun like this. Though it can be heavier compared to other guns, it can improve a player’s accuracy, it’s durable, and the newbie player would really enjoy customizing this baby as he or she improves later on.

With the Red Dot Sight, the sniper would really enjoy firing his head shots with this – even with extended distances.

A lot of the players have purchased this gun primarily because of its looks. Well, this paintball marker is really appealing. However, after opening the package, assembling it, and taking it out for a test game, the users will soon discover its other nice features.

We are seeing a lot of love and hate with the red dot sight though. There are a lot of players swearing that the red dot sight is accurate especially within the first eighty yards. Some players though would say the exact opposite: that the sight is really not working for them.

We are not seeing any negative reviews about the durability of this product though, which says a lot about the product quality. Well, what do you expect with a paintball marker coming from a reliable brand such as Tippmann?
Tippmann has already established itself as a reputable manufacturer, and you are probably familiar with the brand already because of their popular Tippmann 98.

When it comes to gameplay, it is highly recommended by veteran players to beginners because of the well-balanced marker. It’s not too lightweight, nor too heavy. The weight is well balanced for those who just want to snipe down people, and also for those who enjoy active play Rambo-style.

Overall, the Tippmann US Army Alpha Black Elite is really a good gun for everyone, both for the hardcore players and beginners alike. It’s a good starter gun that works amazingly well on its own. And it’s also for those veterans who are looking for an affordable foundation to build on and customize to their own needs.

[no_toc] [wpr-pros-cons] Paintball is a really fun physical sport. It is unique in a way because it engages you in a sort of battle that can re-enact the favourite scenes you see in action movies…

A lot of people enter the world of paintball for the fun and the thrill. However, not everyone … 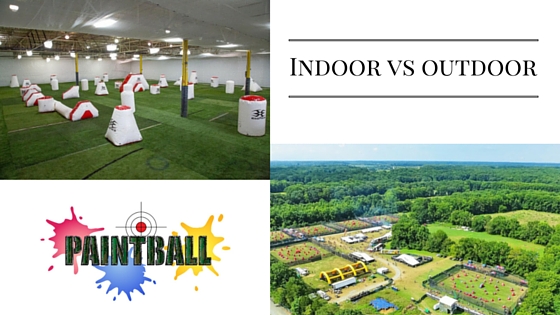 Probably by this time, you are still thinking whether paintball is really a true sport. Do not worry, …